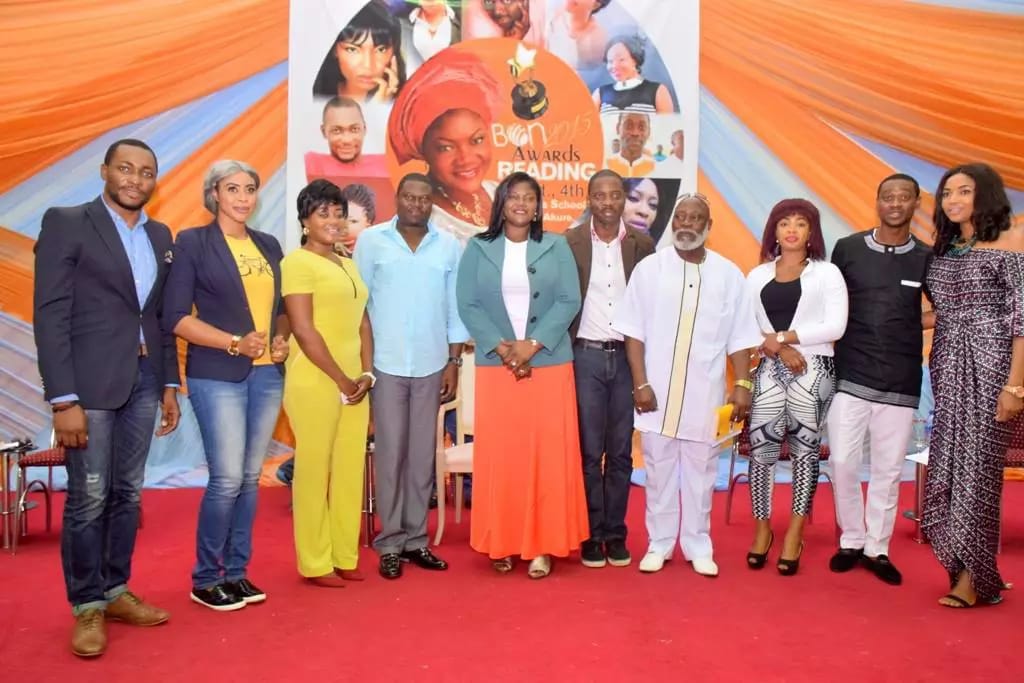 On Sunday 4th of October, 2015 the organizers of Best of Nollywood, BON Awards led by the CEO Seun Oloketuyi gathered celebrated Nollywood actors to inspire the youths in Akure the state capital of Ondo State.

The event was hosted by Mrs. Kemi Mimiko, the first lady of the Sunshine state. The text book that was read to the students was Chimamanda Adichie’s classic ‘Half Of a Yellow Sun”