BON AWARDS 2015: Finally The Hen Has Roosted in Ondo State 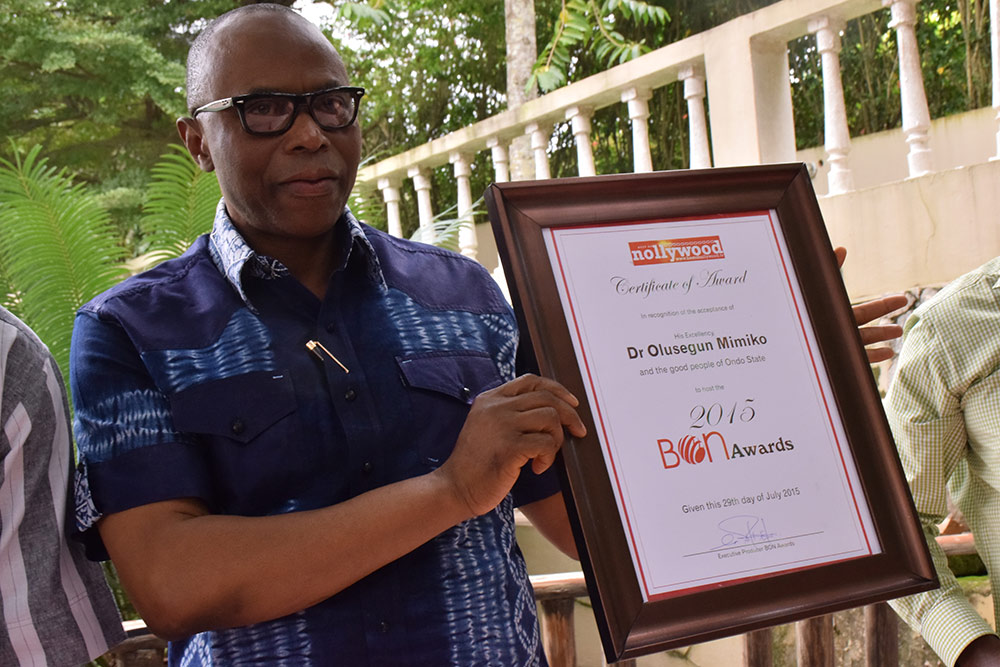 After much anticipation and guesses as to which State would host the Annual Prestigious Best Of Nollywood (BON) Awards 2015, yesterday the 29th Of July, the esteemed Governor Of Ondo State, Dr. Olusegun Mimiko and the good people of the Sunshine state have been unveiled as the host of BON 2015.

In the words of the Executive Producer of the Awards Seun Oloketuyi:

Receiving the BON train last night comprising of top Nollywood thespians and some Big players in the entertainment industry, the Governor assured Nollywood stars and stakeholders a swell time in the State during the awards ceremony in December.

`We will give spirit and soul to the Best of Nollywood Awards this year. It would be held in the best event centre in the country which is our new ultra-modern Dome, which would make the Expo Centre in Lagos look like a village square.’

A comprehensive detail for the award schedule shall be made public later.